Early in the morning we searched for a tea house along the road, then waited close to an hour for our guide. He’d found us two villages to play in. The first he said was an hour away, yet turned out to be in walking distance from our hotel. It was situated down a small path underneath the main road – barely more than a scattering of houses than a real village. 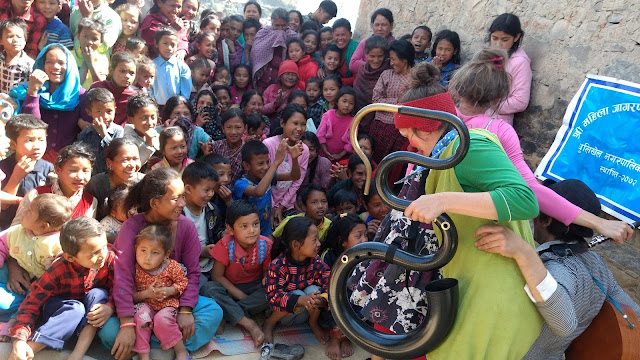 All the villagers had gathered in a tiny square not bigger than a European living room. It was the weekly mothers meeting, so we played for almost only women and children. One hundred and fifty of them jammed so tightly that walking through was difficult. From the moment we began, they were enjoying themselves, even the drunk who remained at the back and occasionally cheered loudly. We hung around afterwards, shaking hands as seeing their happy faces. 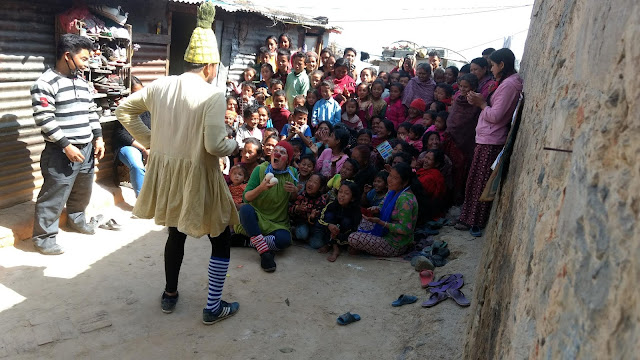 One woman told us, it would be wonderful if the village could experience such actions regularly – it was the first time the children had laughed so much since the earthquake.

We headed to the next location, a good two hours drive down a disaster of a road. We’ve seen bad roads, even terrible ones, but this one topped them all, being both eroded, narrow, up hill and seemingly endless. We crawled up maybe 800 metres of altitude along it’s snaking length, dipping and bumping crazily before reaching our destination and what would be our most frustrating performance during the tour. 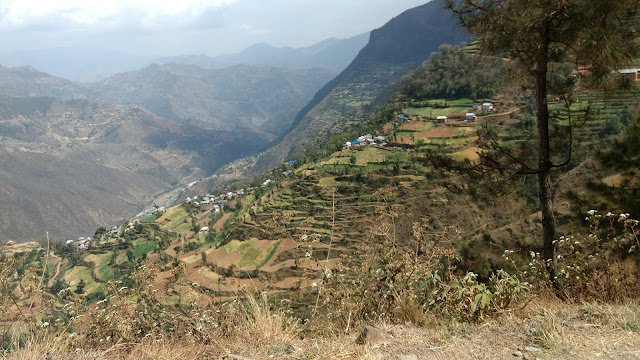 The village was just in the before a political meeting, which, in comparison to the first village, was mainly visited by men: old men, young men, important men, nobody men, ugly men, beautiful men, warty men, smelly men, charming men… All the varieties you could ask for, but very definitely male. We all feared a tough show.

But they warmed up quickly, and even though it was an extreme contrast to the morning, it was pleasant enough to play. That is, until the organisers, who had invited us, began to interrupt the show… Ten minutes in, they began to talk into their microphones, as if we weren’t there. As we played, we had to broker a deal with them at the same time, and the only possible negotiation was to put their microphones into my suitcase… Despite our valiant efforts, we had to cut the performance short. Much to our dismay and that of the audience. Understandably, we were all quite annoyed.

Rain threatened, and we would be stuck in the hills overnight if it came, so in a bad mood we left the village. It took another two hours to get to another main road, and equally long to return to the dusty streets of the capital. Shilpee had been broken into the night before, with over 500€ worth of equipment stolen while the actors slept. It was a double disaster, since that’s a lot of money in Nepal, plus they need the equipment to build their props. No need to say, that the Shilpee crew was depressed. They work so hard (sometimes 14 hours a day) to bring theatre to the people, that to be robbed is a demoralising blow.

Tomorrow is the our final show in Nepal, for World Children’s Theatre Day. Let’s hope it goes better than today! 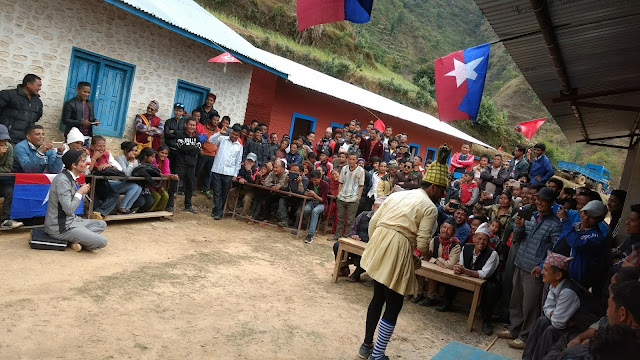