Goodbye Kathmandu (for the first time)

We concluded our last rehearsals tonight, just a few hours before we have to leave for Morang in the morning. At 6am… a ridiculously early hour, but we’re all looking forward to it – after all, we haven’t seen much of Kathmandu, not to mention, Nepal, so the time is easily compensated by the excitement of travel.

Yuba had a last minute surprise for us: he strained his back during practice yesterday, and could barely walk for the rest of the day. Although he planned he’d be up and about in no time, we pushed ourselves to think of ways of doing a four person show with three people. We actually found a way, so that even though Yuba was able to do a run-through today, we are safe in the knowledge that we can still perform even if his back gets worse again.

So, as I was saying, we head to Morang in the morning. The trip that will last at least nine hours, then, on the 1st of March, we continue our tour with a three day workshop and about twelve shows over the following week. The new location is in the lowlands, plagued by mosquitos and heated by a temperate sun. It will be nice to get away from the dust of the city!

Apart from the dust, we also say goodbye for now to the students of Shilpee, leaving them with the task to prepare a clown show until we return. We’ll direct it during a stopover on the way to Kabre, in around ten days time. Despite the difficulty of the task, they still liked us enough to cook a special Nepali meal for us and laugh heartily as we tried our hand at making their deep fried desert, sel. We’ll miss them!

Under the following link, you’ll find photos from the crew of the Shilpee theatre. 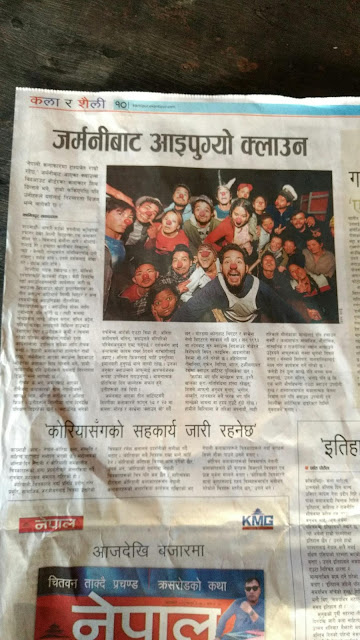 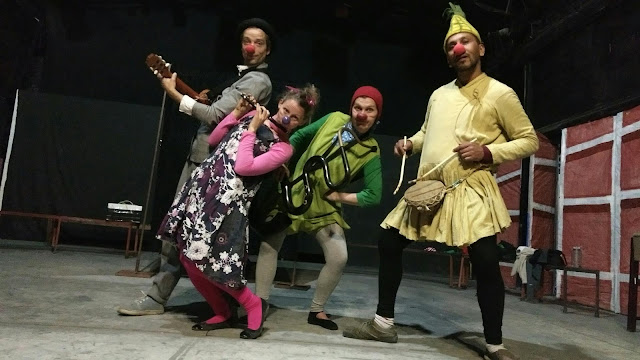 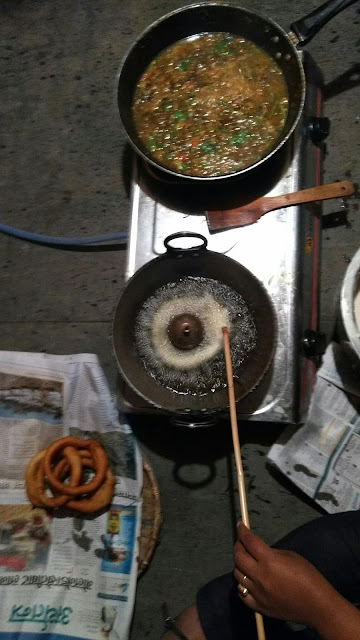